In early June, a clip of Washington Wizards All-Star guard Bradley Beal went viral after he delivered an impassioned speech to his Bradley Beal Elite AAU squad. The 28-year-old Beal preached to his players about being unselfish and emphasized that just scoring is not enough to get them to the next level.

Beal received widespread praise for the message he delivered to his players. Having been a prep school star, McDonald’s All-American and the eventual third overall pick in the NBA draft, he certainly knows what it takes to successfully translate from the amateur level to college and beyond.

RAW FOOTAGE – “What can you do to impact the basketball to WIN?” @RealDealBeal23 @BradBealElite
🎥 @jg2filmz
*motivation purposes* pic.twitter.com/M3P2ayJzxf

Competing in AAU basketball and navigating the recruiting process can be a challenge. Like Beal told his players, it’s a lot more than just getting buckets on the court. It’s important to understand the full picture of the process and learn more about the amateur world operates before diving into it.

ESPN National Director of Recruiting Paul Biancardi sat down with 3STEP Sports to discuss the world of club basketball and recruiting. He touched on what players and parents can do to set themselves up for success as they go through the process.

3STEP Sports: How many years of experience do you have around amateur basketball?

Paul Biancardi: I have been in the coaching profession for over 20 years at all levels. I have coached at Salem State University, Suffolk University, Boston University, Boston College, Ohio State, Wright State and Saint Louis university. Over last 13 years, I have been at ESPN as their National Recruiting Director. My responsibility is to rank, grade and evaluate the top high school basketball players in the county in all classes. I am also an analyst on college basketball games and contribute NBA draft work.

3STEP: From your prospective, what’s the biggest misconception regarding amateur basketball and trying to get recruited to play at the next level?

Biancardi: There are many, but I have to say the word exposure. It’s an overused word in the evaluation and recruiting process. It is without question a misunderstood word and in my opinion an empty word. Because of the explosion of social media at events, highlights have become the norm. The way the word exposure is being used today many coaches, parents and prospects think one good weekend means they’re all set.

The goal should be to prepare for what coaches and scouts are seeing verses focusing on being seen. Summer events provide a great opportunity to compete, improve, win games, and play with a group of like-minded players. Every event is an opportunity to be seen.

3STEP: How does a young player choose the right club team that’s going to be the best fit for them?

Biancardi: Today more than ever there are many more summer basketball club teams to choose from. I believe that is good for players to have more choices and opportunities. I would tell parents and players to select your team based on the coach and your teammates. First, find a team that is an appropriate level for you. Summer basketball’s objective is to have fun playing the game, so find a club you can play on.

Next, seek out coaches who can teach the game, make corrections and adjustments, and hold everyone accountable. A great coach explains what you should be doing, why you should do it and shows you how it needs to be done. Look for teammates that you want to be with even if they did not play basketball. Remember, you will be spending time both on and off the court with them. Make sure they are like-minded teammates with the same aspirations. 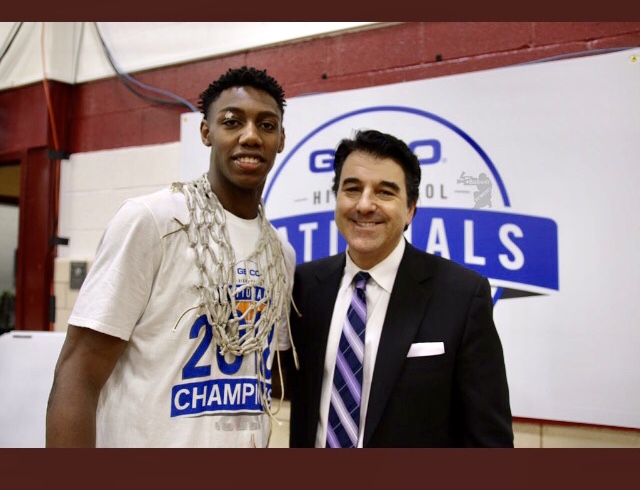 3STEP: What can players and parents do early on to be prepared for developing their game and getting recruited?

Biancardi: Recruitment comes from coaches valuing your ability as a person, player, and student. What you focus on is what you will improve on. When you improve, you impress others. Master the basics of the game. It sounds simple, but it is hard to master anything. Don’t skip steps or take short cuts when it comes to being a good player.

Coaches look at and discuss behind closed doors your character, academics, and talent. Maximize all three areas. Character is how you act—your attitude, ability to respect others, and the decisions you make. Coaches project how you would fit into their program as a person. Character matters today more than ever and can be a deal breaker for coaches. The better your grades, the better chance you have of being recruited if talent is equal. When they evaluate your academics, coaches want students who can finish and give an A+ effort in the classroom.

Your talent is a combination of your physical measurables, skills, contribution without scoring, basketball IQ and on court traits. If you can work to separate yourself in any one of these categories, you will have a chance to be recruited. There is a home for everyone to play college sports. But you can’t just want it, you must want it badly.

3STEP: What’s the biggest thing a player can do to standout at tournaments?

Biancardi: Most people will say scoring or shooting which is true if you can be effective and efficient within a team concept, but you can’t always count on your offense. Most players have to contribute by playing defense, rebounding, handling the ball under pressure and being a solid decision maker. Remember, you can’t make too many stops, grab too many rebounds, or make too many assists.

Contribute to winning and make winning plays. Coaches are trying to build teams that will win not just accumulate talent on a roster. You must bring something to the game that they value and be really good at it. Being the hardest worker and giving maximum effort with great energy can be extremely attractive to coaches.

Be the teammate you want to have. Supporting your teammates through hard times and during big moments demonstrates your ability to serve others in a genuine way. Being serious about your game and being a great teammate shows coaches you care.

3STEP: In your experience, what sort of things harm younger players as they navigate the recruiting process?

Biancardi: Playing the comparison game is a recipe for unhappiness. Never compare yourself to others because it does NOT help you grow. In fact, it makes you digress. It consumes you mind and energy and it eats at your energy level. Eliminate the voice of comparison because it’s powerful, damaging and can steal your joy for the game. The goal is to be the best version of yourself. The more you keep the focus on you, the better chance you have of reaching your goal!

3STEP: What are the common skills you see that translate from one level of competition to the next?

Passing, catching, and making sound decisions. Sounds easy, but it becomes harder at higher levels. The better you value the ball the more a coach can trust you. Rebounding is a skill and an effort-based action that transfers to the highest level. You can never rebound too much. 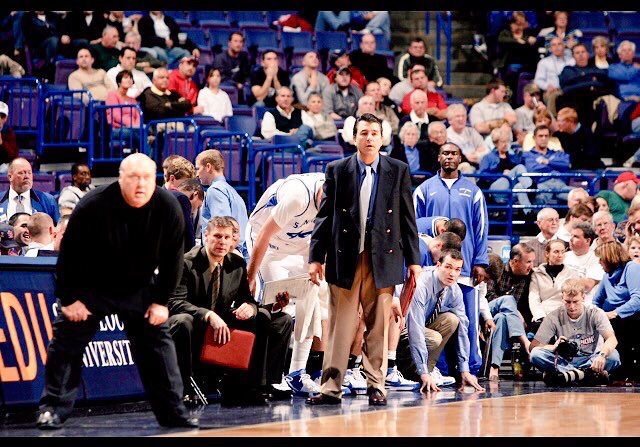 Biancardi during his time as an assistant coach at Saint Louis University. (Photo Courtesy of Paul Biancardi)

3STEP: What are good questions to ask college coaches?

Biancardi: What do you look for in your recruits?
What do you value most outside of talent?
What is your style of play?
How could I fit on your team?
How does your player development program work?
What type of support to you give your players off the court? Academically, strength and conditioning wise, mental health support?

3STEP: Can you think of a recent example of a player who handled there amateur career/recruiting situation well and it helped get them to the next level?

Biancardi: Grant Williams who is now with the Boston Celtics. He was a very good player coming out of high school and won a state championship. He was graded and evaluated as a 4-star prospect which is a high major type but not someone who was ranked as a top player in the country. He was always extremely smart on the court, disciplined in the classroom and displayed good skill. Not known as a shooter but a real tough player, defender, and rebounder. He was not in great physical condition all the time and was not an athlete by basketball standards. At 6’5 he was a forward.

He had many offers, but only one at a high level from Tennessee. He made a commitment to Rick Barnes who was a stickler for conditioning. It was the right fit because Grant needed help to change his eating and conditioning habits. Two years of commitment to his body and eating habits, Grant was named SEC Player of the Year and became an NBA draft pick.